How to choose between Web, Native, and Hybrid app formats

If you want to build an app then there are three different formats you can follow; web apps, native apps (including React Native apps), and hybrid apps. 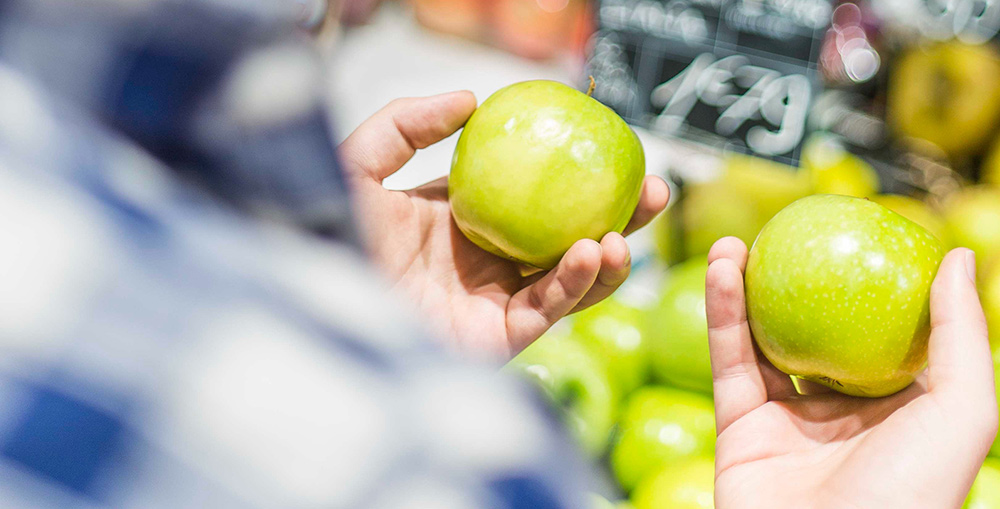 To those who aren’t well versed in tech talk, it can be difficult to know the difference between them all - let alone which one’s best for you. To help you out, our app development experts here at Scorchsoft thought we’d put together all the vital information you need to know.

First of all, let’s take a quick look at the differences between the three. Web apps are in essence websites that look like apps, except they’re hosted on your web browser but are generally more interactive than a normal website.

Native apps, on the other hand, are built for specific app platforms such as iOS commonly using “Swift” and Android using “Java” (Though at Scorchsoft we build native apps using a technology called React Native). They’re the app that's you download directly onto your phone, and they’re probably the first thing to pop into someone’s head when the word ‘app’ is mentioned.

Hybrid apps are a mix of the two, combining aspects of both to create a sort of middle ground. Think of it like a web app, combined with a web browser, downloaded to the device as a stand-alone app.

All three formats have their pros and cons, and it’s never an easy answer to figure out which one’s right for your app idea. So, now we’ve covered the basics, let’s dig deeper into the details to make things a little clearer.

A web app is pretty similar to a website, but don’t be mistaken - they’re definitely not the same thing. A web app is hosted online, accessible via a web browser, and it does use a URL. It’s typically a far more condensed version of a website and has superior functionality. It’s aimed at improving user experience and giving a mobile target audience the content they want in a format they can use.

Web apps will load in all the common browsers, such as Chrome, Edge, Firefox, and Safari, and users don’t have to download any actual apps onto their phone, which can be pretty handy for both the user and the app-maker. It means that audiences that don’t want to download any new apps don’t have to, and you can still share your content with them regardless. It also means that everyone can view your app, not just an Android user, for example, as it’s not specific to any one platform. As long as they have a browser it can run in, they can view it, which covers most device types.

However, web apps do have some disadvantages too. They can be slower than native apps for some tasks, such as mobile games and can’t always take advantage of device-specific technologies, such as Bluetooth. If you’re looking for an app that users can install directly to their phone, then web apps probably wouldn’t be your first port of call, although users can make it easier for themselves by bookmarking or favouriting your URL - but, of course, that means leaving it down to them.

Web apps tend to be slightly cheaper than other options and are simpler to make, making them ideal for businesses who need a way to share their content easily on mobile devices and who can deal with the downfalls.

Historically Native apps were exclusively written in platform-specific languages so that only one platform can run them. They’re also constructed for the operating system of the chosen platform using its specific Integrated Development Environment. However, today frameworks such as React Native and Flutter can be used to develop a native app using a single language, allowing you to compile your app for use on both iOS and Android without having to build device-specific versions from scratch.

There are a fair few benefits to native apps, which shouldn’t come as too much of a surprise considering their popularity. Because they’re compiled using the native programming language of each platform, they can be a lot faster than web apps and are incredibly responsive. They have the best performance out of the three and run very smoothly on mobile devices. They’re highly intuitive and interactive, and typically provide a better overall user experience for mobile users. The fact that they’re distributed in app stores also makes them easier for users to find once installed, and by pinning an icon onto the mobile device, the user’s more likely to go back or re-discover the app after clicking out of it than they would be a web app’s URL.

On the other hand, they’re usually more expensive for app developers to create, mainly down to being more complex and using programming languages that are more difficult than those that web apps use. This means that you’d have to find a team of experienced developers to create yours if you’re not clued up on the lingo. They’re often not the best option for very simple apps either - there just isn’t the need for them in that case.

Just like a hybrid car is a blend of an electric and a regular car, a hybrid app is a combination of web and native apps. They’re built using multi-platform web-tech, such as CSS, Javascript, and HTML5, and are made up of two different parts - a back-end code and a native shell that can be downloaded and loads code using a web view. On the whole, you can think of it as a web app that’s disguised as a mobile app.

So, as is to be expected, the benefits and disadvantages of hybrid apps are a mixture of the other two formats. In terms of the perks, they’re less expensive than native apps and are easier to build. They also don’t need a browser to run on unlike web apps, and they can have one app that runs across all platforms when technology such as Cordova or PhoneGap is utilised, so they’re not specific to Android or iOS. If you need to access storage and other hardware from the mobile device’s internal API’s, you can make sure you hybrid app does this, too.

When it comes to their downfalls, hybrid apps don’t quite have the speed of native apps and are more expensive than web apps because they’re dependant on a wrapper to make them work. If you’re looking for interactivity, these might not stand up to your expectations as native apps will, and if you’re looking for a lot of customisation, you may as well build a native app.

Web Vs. Native Vs. Hybrid - Which is Best For You?

The decision of which app you should use comes down to what you need it for and your objectives as a business. There are a few factors you need to consider, including how fast you’re going to need the app built, the quality of user experience you need, and how complex the features of your app have to be for it to function. You need to make an app that’s going to be fit for purpose, keeps your user happy, and that fulfils the objectives you set out to achieve.

If you’re still not sure which app format is best for you, don’t worry! We’ve got some more factors you can check out that might sway you to one of the options.

Time for Development and Marketing

The age-old saying that time is money has never been truer than in the fast-paced, modern world of business. Now, if you’re too slow, you can easily miss out to the competition. So, the time it takes to develop your app could be a key factor in choosing which is right for you.

In terms of development, web apps are the quickest to build, with native apps taking the longest (particularly if you need to make them for both iOS and Android), and hybrid sitting comfortably in the middle of the two. However, native and hybrid apps can be slowed down by the app stores that are going to distribute them. This is because each one has an approval process that you’ll need to go through before you can launch your app into the big-wide-world, which can cause some pretty hefty delays.

Knowing the key features you want in your app is another excellent way to start figuring out which format you should be using. For example, if you require features that need access to a device’s APIs or hardware (such as Bluetooth), you’re going to want to go for a native or hybrid app. You also need to think about future features you might want to add in, even if you don’t need them now so that your app can grow and change over time to adapt with what your audience wants.

It’s all well and good making an app that does everything you need it to, but if you can’t get anyone to use it, what’s the point? This is why your marketing strategy is so important, and how you market may affect which app format you choose. For example, web apps rely more on traditional website marketing, such as through social media, emails, and any other method that will catch your audience’s attention. Hybrid and native apps, on the other hand, can rely more on being optimised for app stores so that the users who are searching for what you’re offering will find your app. Consider what marketing you’re better at before jumping into a final decision.

What It All Comes Down To

Each app format comes with their share of highs and lows, so there isn’t one perfect answer. Even the hybrid blend of the two isn’t going to suit everyone! But, it is essential you find your best fit. Picking the wrong app for your business, purpose, and audience could mean that you’re never going to see the success you’re looking for, while finding your perfect match could boost your business and propel your app towards triumph.

We can always help you to decide when you contact us, but if you aren’t ready to speak with us yet, then there are a few ways we can make your decision easier.

To start with, it’s a good idea to remember these factors, regardless of which app you choose:

Scorchsoft uses various different tools to maintain the quality of our apps whilst in development, and post-launch. One of these tools in BugSnag, a popular suite of app testing tools to help our development team see errors in live apps, helping them to pinpoint the source of an issue.

If you are looking for an independent opinion and data, then they have released a useful PDF guide on the state of React Native based on data collected via their platform. For example, 95% of android apps are free with no in-app purchases, compared with 84% on iOS. And, 15.6% of all iOS apps built in the US are built on React Native, compared with 9.3% in the UK, and 8.8% in China.

If you’re struggling to find the best option for your ideas, why not chat with our team at Scorchsoft? We’re experts in app development and have helped plenty of confused brands find the format they need to create an app they can be proud of. Our developers are skilled, with the knowledge you need to take your app to the next level, and we’ve got all the answers to your questions.

Even if you know which format is going to work for you already, don’t leave the rest to chance - have our developers turn your vision into a functioning, user-friendly app that shows the world exactly who you are.